Mosquitoes are fascinating insects. So small and fragile, yet so significant in our lives.  Mosquitoes are one of the most important animals on earth, if you factor in the money spent on researching and controlling them, and the impact that can have on nearly every continent’s population.  Centuries have spent spent trying to control or eradicate them and treat the diseases caused by them.  Major organizations like the Gates Foundation have made mosquitoes part of their mission.  And if you go into any convenience store during the summer, you will see aisles full of mosquito sprays and repellents.

From being on earth for millions of years to being the number one cause of human deaths around the world, today we look at five interesting facts about this little insect that you will find in almost every part of the world.

Mosquitoes have been around forever There are actually many different types of mosquitoes — more than 175 in the USA and over 3,500 worldwide!

According to the available evidence and human research, the oldest known mosquito existed about 79 million years ago while some researchers claim that a sister species of more primitive feature roamed the earth as far 100 million years from today. The insects have evolved, reproduced and caused problems for us, humans, ever since. Mosquitoes are members of a family belonging to nematocerid flies and have more than 3500 species up to date.  They live on all of the earth’s continents except for Antarctica.

The species, however, are distributed all around the world with exception of Antarctica and some lucky nations with not so mosquito-friendly climate conditions. These fortunate places include the country of Iceland and the French Polynesia, which have little to no traces of mosquitoes moving about, being a nuisance to peaceful human beings. The factor that determines this “natural selection” is the fact that mosquitoes prefer warm tropical conditions, the reason why you’ll find tons of these bloodsuckers in the humid towns of Brazil, India and several other countries with similar environmental features.

When you realize how persistent mosquitoes have been over the ages, you realize exactly what you are up against.

It might a surprise to you that these little anthropods can survive for a month or more, and that is the case for female mosquitoes in preferable conditions. Males, on the other hand, only live for a week. But the brief period they do spend on earth is indulged in mating and giving birth more to more mosquitoes! The female would immediately start mating after emerging from its pupa state and then will begin its hunt for a suitable host.

The exact question of how long mosquitoes live is a bit more complicated, but that is beside the point.

Once it has sucked enough blood, the female would wait for the blood to digest and the eggs to develop before laying them anywhere it could find a sufficient amount of water (that is why we advised targeting water when it comes to yard mosquito control). Once the eggs have been laid, the female would repeat the cycle. A female mosquito is capable of laying as many as 200 eggs at a time, a remarkable figure. Once the eggs hatch, the larvae go through a 4-stage process before becoming an adult and carry on with the family tradition of breeding intensively and maintain the mosquito populace.

Mosquitoes are responsible for more human deaths than any other animal

This might make you do a double-take, but yes, mosquitoes kill more people than any other animal.  More than rattlesnakes, grizzly bears, sharks, anything.  Now that you know how efficiently these bugs reproduce, the horror story only gets scarier when you realize that these insects also are the reason why the majority of the people around the world lose their lives. Mosquitoes have been the vector for several diseases that are epidemics in many nations around the world. Some of these include:

Many of these diseases have originated in Africa due to the favorable warm weather conditions and the lack of sufficient resources to counter the spread of these diseases and control mosquito populations. Malaria alone has contributed to the deaths of 438,000 people during 2015 according to the World Health Organization (some estimates suggest the real figure may be as high as 800,000). 90% of these deaths occurred in the continent of Africa followed by South-East Asia (7%) and the Eastern Mediterranean Region (2%). Although, vaccines against malaria do exist, lack of proper knowledge regarding the disease and how to control it in third world countries has been a facto leading to such comes death rate caused by malaria alone.

Other inconvenient diseases and virus include the dengue and the Zika virus, both spread by the same mosquito specie i.e. Aedes Aegypti . While mortality rates for both these viruses come nowhere near to that of malaria, they can nevertheless lead to severe complications and death if left untreated.  That is why it is so important to control mosquitoes in your home, and wear repellents and clothing to repel them.

Mosquitoes have been a part of several major historical events

Now, time for some fun facts and theories.  Mosquitoes spare no one when it comes to biting and infecting with diseases. The same was the case for the Roman Empire. While historical evidence shows that malaria existed long before the Roman Empire reached its peak, an epidemic spread around the fifth century A.D when a deadly strain of malaria made its way into different cities. Although malaria was not the sole reason behind the fall of the empire, it surely opened the gateway for many problems to come. It tends to be such a significant event in the history of the Roman Empire that the whole situation is labeled as the “Roman Fever”.

Additionally, the legendary conqueror, Alexander the Great was popular being one of the most feared conquerors to have set foot on the planet. And though he had never lost a battle during his military campaigns, some researchers claim that he might have fallen prey to a single mosquito carrying the West Nile Encephalitis.

More recently, it is believed that mosquitoes played a role in the Civil War, affecting Confederate troops in high numbers because they were based in the Southeast, where they carried mosquito-borne illnesses against a depleted army who had little defense a

Mosquitoes’ existence has ‘some’ purpose

Mosquitoes, like several other life forms, are part of a complex food web.  Many of the earth’s creatures eat mosquitoes.

Numerous fish love to feed on mosquito larvae, which are aquatic, and plenty of birds and spiders and other insects have been observed feeding on the adults. Dragonflies and damselflies love mosquitoes too as they are even used for controlling mosquito populations in places where there is a mosquito problem. Frogs eat adult mosquitoes, and tadpoles eat the larvae.

On a limited basis, some species of mosquitoes pollinate followers. This is mainly done by the males who are looking for protein but tend not to bite humans. In such environments, the benefit of having mosquitoes around is stronger. The animals who eat mosquitoes and their larvae often do so in broad environments, where they are also targeting other creatures as well.  Mosquitoes are not a huge part of these creatures’ diets, however, not even for the mosquito fish (Gambusiaaffinis) or the purple martin (Prognesubis), both of which are used as mosquito control. The only ecosystem where mosquitoes play a significant role is the arctic tundra, where migratory birds depend on them as one of their primary sources of diet. Additionally, from a very grim perspective and some may even call it evil, mosquitoes have also kept the human population in control.

It is safe to say that mosquitoes do not play that big of a role when it come to specific food chains but they are here to exist, and it is always valuable information to be aware their “usefulness” in the modern world. Scientists have argued on how a complete eradication of mosquitoes would not harm the earth’s natural order but no can be sure about Mother Nature that has several surprises up her sleeves.  As with everything in nature, there is always a little more than meets the eye to the natural order of things, and the food chain. 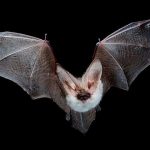 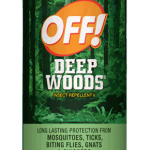