Summer is here, and for a lot of people, that means enjoying the outdoors. Camping, boating, fishing, and hiking are some activities that can bring joy and memories on summer vacation.

While these summer activities are an absolute blast, there’s always one part of summer that everyone dreads: Bugs.  More specifically in many parts of the country — mosquitoes.

We spend lots of time trying to repel mosquitoes, but is there something out there that actually east mosquitoes?  A creature that eats mosquitoes would do us all a favor — so what are they?

First on the list of predators who eat mosquitos are bats.  In some parts of the country, bast are prolific predators of mosquitoes. Bats are reported to enjoy mosquitoes as their main course, but they actually don’t play as vital of a role as other animals do.  Mosquitos are tiny, making it hard for bats to get a sufficient amount of calories in order to thrive. While bats do eat mosquitoes, their primary food source is usually bigger insects such as moths and beetles. It has been said that bats can eat up to 1,000 mosquitoes per hour, which is quite impressive. However, there hasn’t been any proof of this claim.

Like bats, many birds eat mosquitoes, but they also have a hard time eating enough of them to fill their bellies. Common species of birds that eat both adult and aquatic types of mosquitoes are swallows, migratory birds, and purple martins.  Even pretty little bluebirds are great bat hunters.

Also like bats, birds can catch mosquitoes on the fly, which allows them to be pretty efficient in their bat consumption.  . If you have ever been near a body of water during sunset, then you probably have seen fish rising to the top of the water and picking off insects that hover above. Several types of fish eat mosquitoes during a hatch, such as trout, bass, goldfish, and bluegill. The most important fish that eats the flying insects is the Gambusia affinis, known as mosquitofish.

The mosquitofish is a small freshwater fish that has been relied on more than any other fish for mosquito control. Mosquitos will hatch their larva on top of the smallest body of water, making them an easy target for the mosquitofish and other fish species.

Frogs and different types of tadpoles will eat mosquitoes, but they don’t play a big part in their daily diets. Tadpoles are more likely to feed off of particles that rest on the top of stagnant water. However, the spadefoot toad, green tree frog, and giant tree frog are known to be the main North American tadpoles that feed on mosquito larvae, which can really help control a localized mosquito population.

Other Insects Can Eat Mosquitoes Too

Surprisingly, other insects eat mosquitoes too, such as the dragonfly. The dragonfly has been referred to as the “mosquito hawk” because they prey on mosquito larva on bodies of water during their aquatic stage. The dragonfly is one of the main mosquito predators, but they don’t eat enough to harm the population.

Another insect that enjoys a good mosquito dinner is the damselfly. No, we aren’t talking about taking a picture of yourself for Instagram. Damselflies look a lot like a dragonfly and are beneficial because they eat harmful bugs like the mosquito.

Aquatic beetles will prey on mosquitoes as well. Two of the main beetle species that eat the larva are the diving beetle and the water scavenger beetle. However, these beetles are known to eat several other types of insects.

Lastly, other types of mosquitoes play a big part in controlling the total  =mosquito population. The most notable is the predatory mosquitoes in the genus Toxorhynchites, or commonly known as the elephant mosquito. These mosquitoes can be found throughout the world and provide a double benefit since the larvae are predaceous on other mosquito larvae, and the adults are not known to transmit disease.

While they may not technically eat mosquitoes, bug zappers are effective at controlling the population of the insect. If you want to enjoy a night of camping near a body of water or just want to hang out on your porch to watch the sunset, having a bug zapper can make the evening much more enjoyable and a lot less itchy.

Bug zappers work by projecting a UV light that attracts the mosquitoes. The bug zapper then electrocutes the insect between two metal grids. The irresistible light makes a bug zapper an effective mosquito killer.

There are several other ways to deter mosquitoes throughout your summer vacation. Getting a bug repellant that has lemon eucalyptus can be effective at avoiding getting bitten. REI also sells portable mosquito repellants like the Thermacell MR300 and insect nets that will help keep you and your family protected.

How to Treat a Mosquito Bite

As we stated above, unless you live in Antarctica or Iceland and have never left, you probably have had to treat a mosquito bite. They itch, hurt, and even can be vulnerable to infections, and worse, diseases. It’s difficult not to itch the bite, but there are some steps you can take to treat them without making them worse. Follow these steps to properly treating a mosquito bite:

If the bite worsens, contact your local physician to get the bite properly treated and to avoid infection. 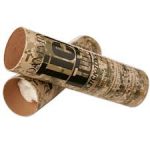 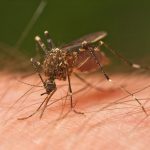