How Long Do Mosquitoes Live

How long do mosquitoes live? It is a common question that might pop in to your head each time to step into a forest with a chorus of mosquitoes buzzing. When are these things finally going to meet their end?

The question of how long mosquitoes live is actually more complex than it might seem. The lifespan of a single mosquito depends on a number of factors. Are you talking about a single mosquito, or are you talking about mosquito season, which is actually a series of overlapping hatches of different mosquitoes?  And which species of mosquito are you referring to — because there are more than 175 mosquito species in the USA alone? And is this a mosquito that is in the wild, or one that is living in perfect conditions with no predators?

How Long Does a Single Mosquito Live? Depending on the species, region, and time of year, a single mosquito can be expected to live anywhere from a week to up to four weeks. Some extremely hardy mosquitoes can survive for a couple months or even more. While some freak mosquitoes might have lifespans that are quite a bit longer, most common mosquitoes fall somewhere in that range.

It is common for male mosquitoes to live shorter lifespans in most species, allowing the females more time to lay eggs and reproduce.

Mosquitoes in captivity can often live longer lifespans than the believed averages for the same species in the wild.

Mosquito Lifespans May Vary by Species, Gender, and Conditions

It has been well-documented that there are more than 3,500 species of mosquito worldwide.  There is evidence that different species have different lifespans, and gender appears to make a big difference on lifespan too.

Male mosquitoes are typically destined to a pretty short life. Their purpose in life is to fertilize the eggs of a female mosquito, and then exit the picture. A male mosquito usually lives about a week or so, and then dies. This may vary by species.

The female mosquito lives longer, as its natural job is to lay as many eggs as possible. Then you are bitten by a mosquito, there is a very good chance it is a female, and her purpose of biting you is to get a few drops of blood as a meal for her eggs.

The common and potent Asian Tiger Mosquito female can live four weeks or more. This mosquito is common in the southern USA, from Florida to California.

The common Culex mosquito, one of the major vectors of West Nile Virus, was the subject of an excellent study by the NIH.  The study found that temperature made a major difference on how long mosquitoes of both genders lived. At very high temperatures, such as a summer warm spell, mosquitoes did not survive for much longer than 12 days. But at more comfortable seasonal temperatures, similar to a cool, comfortable summer, they could survive as long as 130 days!  This suggests that the best conditions, at least for the Culex species, might be a cooler (but not so cold that they freeze) summer without extreme heat.  This might explain why Culex species tend to favor Northern or even mountainous climates in North America (and inversely, further Southern climates in places like South America and Africa.

The dangerous Aedes Aegypti, a mosquito that is known to carry and transmit Malaria and Zika, tends to live between 2 and 4 weeks, depending on environmental conditions.

If a Single Mosquito Only Lives for a Couple Weeks, Then Why is Mosquito Season Several Months Long? Mosquito season is not actually just one batch of mosquitoes that hatch in the spring, torment you all summer, and die in the fall. Rather, they are an overlapping series of mosquito hatches that keep coming and coming.  Think of it as an army that just keeps sending in reinforcements when you thought you had pushed them back.

Mosquitoes are reproduction machines. Some species have the ability to lay new eggs every third night, as long as the conditions are right and they can find some blood meal (often a human) to feed on. It is bad enough getting a mosquito bite — you are also helping to extend the cycle when you give them your blood.

For some mosquito species, there are three or four major hatches each season. The difference between three or four might be the difference between a “good” mosquito season and a “bad” one.  But for other species, the hatch cycle is much more continuous and only ends when temperatures get so low that they either die or hibernate.  The eggs, however, can do quite well over the course of the winter. That is why a hard winter might kill adult mosquitoes, but you still will have a hatch as soon as temps increase in the spring.

What Can I Do to Shorten the Life of Mosquitoes?

Without applying insecticides, the main thing you can do to shorten the lifespan of the mosquitoes in your yard or surroundings is to make the area less-conducive to mosquitoes. If the environment is not friendly to mosquitoes, then you might be able to nudge their lifespan to the lower-end of the likely range.

Remove standing water, as mosquitoes thrive on water to breed and survive. Get rid of old, dead trees, and try to keep grass cut. This will prevent mosquitoes from having good protection areas from predators.  The more that the mosquitoes’ natural predators like bats and birds can find them, the more they will help you in your battle against mosquitoes.

You can always take matters into your own hands. A mosquito killer can obviously reduce the lifespan of any mosquito that chooses to come in contact with it, but the range of such a zapper varies.  Some are quite effective, though, and you can really make a dent if you are working on a contained area.

Finally, insecticides are always an option, but we at the Tick and Mosquito Project usually view insecticides as a last resort. If you go this route, do your research on the various options, including both yard mosquito repellents for existing mosquitoes, as well as mosquito bits and dunks for standing water in your environment.  Always use the products exactly as directed by the manufacturer (including safety precautions).

When in doubt, we suggest working with a professional, or a local mosquito control agency, to apply.  Making sure that you apply insecticides using the right technique, and at the right time of year, will allow you to use the chemicals in the most sparingly way possible.

Do Mosquitoes Die After Biting?

No. When mosquitoes bite you, they are actually feeding.  Yes, on your blood.

Unlike some insects that might leave an important piece of their anatomy in you after biting, a mosquito is just having a snack.  In fact, a mosquito is capable of biting many different people in the same day!

So no, mosquitoes don’t die after biting, and if anything, the fact that they got some good food will probably enable them to be healthier after a bite.

Why Are Mosquitoes Active When it is Warm?

Mosquitoes are cold-blooded.  As the temperature decreases, they have no way of keeping their body heat up.  As a result, mosquitoes often become very inactive at temps below 60 degrees farenheit.  It is rare to see a mosquito on a cool or cold day.

The ideal temp for mosquitoes is around 80 degrees, which is why they are busy breeding, biting, and hatching in the height of summer heat. 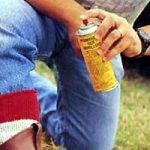 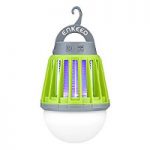