Home » Other Bug Topics » How To Keep Black Flies Away
0

Black Flies are perhaps the most irritating creature of the Northwoods, but the fact is that they are found in nearly every state in the USA.

Go on a hike, and a black fly will be following you and your scalp for a good mile.  Sit on a dock with a book, and the black fly will land on your ankle, giving you a jolt when it bites.

The black fly — we are talking about the biting black fly as opposed to the housefly —  is an annoying aphid creature that can deliver a punch with its bite.  They tend to live near clean, running water, so perhaps the only redeeming quality they have is that they often signal a healthy stream nearby.  Beyond that, there is not a lot to like about black flies. The bite of a black fly can be problematic for both humans and animals. When they attack plants they leave a sticky excretion that turns to a dark, soot mold. Black flies may not always be black in color, but can also blue-black, almost a dark navy color.

Black flies are extremely annoying just like mosquitoes which are probably more well known than black fly. Black flies are one of the most common small flies that bite, mature black flies can carry some disease around the world, although the kind we have in North America are generally harmless from a health perspective.

In some places black flies will feed on birds and other livestock (most commonly horses) but can also bite humans.  Their bite tends to be much more concentrated an intense than a mosquito.  A mosquito bite feels like a small sting, whereas a black fly truly feels like something is biting you. That painful bite is due to the fact that the fly is actually releasing some chemicals into your skin as it attempts to extract its blood meal.

Black fly prevalent areas are usually found in areas that have maintained running water. Places that are hit by large downfalls of heavy rain or even monsoon type weather can contribute to massive increase of black fly and consequently biting complications.

Seasonally, most people complain about black flies in the month of June.  Because much of their life cycle is in the egg and larvae stage, black flies really are not adults for very long at all.  Late Spring and Early Summer is usually when black flies are most noticeable for people.  By late summer, they are pretty non-existent again, generally speaking.

There are a few things you can do to avoid getting bitten by black flies, especially during the key months of late May, June, and early July.  If you are in the Northwoods where black flies are prevalent, here are some steps you can take to be sure you are not targeted by the black flies.

North American Black Flies are Probably Harmless (except for that bite) Black flies belong to a family of insects that have around 1,800 different species. In many parts of North America they are prevalent. Females will usually attack and feed on unprotected walkers, fishermen, hunters and campers sucking their blood to gain a meal that will help with their egg production. The swarms of black fly can be so thick that they enter the airways and block the ability to breath so by suffocating their victim. Many victims enter anaphylactic shock due to the vast amounts of bites.

Black flies are also known to carry different diseases in some parts of the world, although the North American variety is generally deemed to be harmless. The most well known disease is river blindness, a massive complication in areas of North America, South America and Africa. The black fly is easily identifiable by its humped back that has given rise to its nickname ‘buffalo gnat’. Black flies have a pointed rear, head that faces downward and tiny eyes.

In certain areas there is already an effort to fight this creature and its diseases. In some places, waterways are often treated by an insecticide that kills the eggs of the black fly.

Pennsylvania has a massive program that aims to kill black fly swarms. Very often, these programs attract tourists who want to visit the area to go fishing, hiking or do other outdoor sports.  Other regions have also taken major steps to reduce black fly populations, mainly as a benefit to residents and tourists who want to enjoy the outdoors.

There are a couple ways to get rid of black flies.  They range from DEET to organic methods.

DEET formulates insect repellent is best for black fly and does a good job at keeping insects away. Having said that, even the strongest sprays won’t stop these flies from biting if they are very hungry and that is usually the case.  We like Repel 40%, an economical choice that will do a good job against black flies. When looking for the most benefits of a repellent spray look for higher concentrations of DEET. If the number is very high, then the spray will work much better as a repellent. The majority of sprays tend to be around 25 % DEET, but do check the number and try to get a repellent that is higher as it will work better at keeping those pesky flies off.

When you have bought the spray, use it as it says on the instructions and reapply as often as needed.

If you have a hike planned then don’t go in typical summer weather such as t-shirt and shorts. You need to cover up and not have any skin on show for these flies to nibble on. Tuck shirts into your waistband and trouser legs into your socks. It might be best to wear lightweight gloves also.

A head net will protect your face, eyes, ears, nose and mouth. Although they are not the trendiest gear and can make you look like a bee keeper, you’ll be glad of the fact that you won’t have bites. They can also protect you from other bugs and mosquitoes.

There is also clothing infused in permethrin that can be bought. Permethrin is a chemical that repels insects by mimicking the properties of chrysanthemum flowers. The permethrin will repel insects for a short time until the effects fade after a few washes.

When choosing clothes to wear outside choose lighter colors like white, tan, cream and muted pastels that do not attract the flies. If you wear darker colors then you are a target for black flies as they can find you much easier.

Insect repellents are still your best defense against biting pests like mosquitoes, black flies, biting midges, chiggers, ticks and the diseases they may carry. However, there is a lot of confusion about which repellents are most effective, safest and the best way to use them.

The majority of insect repellents were made from DEET in the 1950’s and were manufactured by the military. Heavy duty, full strength repellents have 100% DEET, whereas some concentrations only have around 5% in. DEET is oily in consistency and can be sprayed onto the skin or clothing.  The concentration of DEET has more to do with its staying power and duration than it potency.

After over 50 years of DEET being the main effective remedy for black fly, a new name entered the market. Picaridin which is also known as icaridin, is a liquid that has no odor or color. It is just as effective as DEET, but less irritating and does not destroy plastics or cause damage to synthetic fabrics like DEET does.

Our favorite picaridin product is from Sawyer — find it here.  It is a handy, smaller, solid spray bottle, one that won’t leak or accidentally spray in your backpack.  With 20% picaridin, it is potent but not as strong as others.  You will probably want to reapply key spots like your neck, scalp, and ankles every hour or so, but that will be a small price to pay for keeping the black flies away.

For your face, we suggest either using a lotion (find one here) or spraying a small amount in your hand and then manually applying to your face and nose. 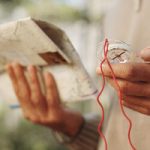 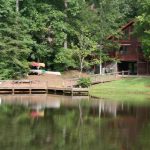 Tick and Mosquito Guide for Campers