The mosquito is known for all the wrong reasons. From irritating you while you’re asleep to being responsible for the deaths of millions annually, it’s anything but a lovable creature. However, there is one good thing about these bloodsuckers, is that they don’t live very long. Male mosquitoes can survive for about a week, and females tend to stay around for roughly a month. We will look at the lifecycle of these demonic creatures and how they start off from a mere larva to growing up into an organism that has been accredited to initiating several life-threatening epidemics all across the earth.

Like all flies, mosquitoes go through four stages in their lifecycles:

We will dig deeper into the details as we go through all these four stages and how the insect develops over time.

Like the majority of flies, mosquitoes begin their lifecycle from an egg. Most of the female mosquito species lay eggs in stagnant water, although some have different laying habits depending on their ecosystem. However, for those that prefer still water, the female mosquito would simply fly over the surface of the water as the eggs are dropped. This process is called dapping.

Once the eggs have been delivered onto the water surface, it takes them as much as 48 hours to hatch into larvae if it is a favorable warm climate for them. However, should it be winter season, the eggs would often withstand the subzero temperatures before hatching. Water is essential for them to hatch and due to this very reason, mosquitoes can lay eggs in as little as one inch of water. They prefer areas that are regularly flooded so the eggs can hatch successfully.

Mosquito control in ponds and standing water is one way to try to reduce the number of eggs in your vicinity.

The organism that hatches out of the egg is called the larva. The physical appearance of the bug at this stage consists of a developed head, a thorax minus the legs and some mouth brushes to aid it with feeding. The larvae mainly reside in their aquatic environment where they hatched, coming to the surface of the water to obtain oxygen. However, this can vary from species to species. Anopheles larvae, for example, lie parallel to the water’s surface, getting oxygen through their breathing opening.

On the other hand, we have the Coquillettidia and Mansonia larvae that typically attach themselves to aquatic vegetation to have access to air. The larvae are also known to dive below the water surface when disturbed and are often observed to wriggle their way down, winning them the name of “wigglers or “wrigglers”.

Mosquito larvae prefer feeding on microorganism like algae, bacteria and other microbes they can get their hands on. The larvae then go through four stages before they metamorphose into a pupa. The larvae usually shed its way to enter this third stage in the mosquito’s lifecycle.

At the larva stage, mosquito bits or dunks are effective to curb their population.

A comma-shaped organism, pupa usually has a head and its thorax merged into a cephalothorax. The pupa is often observed to be mobile, as it swims with the help of its abdomen. They are called “tumblers” due to the swimming action they produce. Unlike its previous stage, the pupa does not feed despite moving about in the water where it was given birth. They mostly spend this time of their development as a resting, non-feeding organism, spending time on the water’s surface to breathe. If alarmed by a passing shadow or sudden beams of light, the pupa would swim further down the water surface to escape any possible danger that it may come across.

After about 4 days, the pupa rises to the water surface allowing its dorsal surface of the cephalothorax to split open. This completes the pupa’s metamorphosis into an adult mosquito. The mosquito after emerging from the pupa case would stand still or rest, waiting for its body to dry up and harden.

The total period of development from egg to a full grown mosquito depends on the species a well as external ecological factors. Temperature can influence the lifecycle and speed up development since warmer conditions help a mosquito to hatch and develop quickly. While some mosquito species take as little as five days to develop from egg to an adult, the usual period for the majority of mosquito species includes about 40 days.

Some examples can include Culex tarsalis, a common mosquito that resides in California, which completes its life cycle in about two weeks at a temperature of 70-degrees Fahrenheit. So the lifecycle is immensely depended upon external factors and the type of the mosquito. At this point in the mosquito’s life cycle, you are only able to use repellents or mosquito foggers. You have missed the chance to nip them in the bud.

The adult mosquito usually waits about 5 to 7 days before mating. After about a week, the male mosquitoes would form large swarms where they would then attract the female mosquitoes to mate successfully. This practice is generally carried out around dusk. When it comes to their life span, male mosquitoes only survive for about a week. They spend most of their time mating and feeding on nectar and any other forms of sugar sources they can come across.

The female mosquito, however, can survive for almost a month, but it requires suitable environmental conditions to do so. In captivity, a female mosquito might make it alive for more than a month, but out in their natural habitat, surviving this long can be tough. Humidity, winds and extreme weather conditions backed by predators and host defenses limit the female’s life span.

The female mosquito usually spends this time around laying eggs. After mating with the male, it would go around searching for hosts. Once the bloodsucker has sucked enough blood from a suitable host, the female mosquito would then wait until the blood has been digested and the eggs are developed. Once the process is complete, the female would lay the eggs under a suitable environment, and the cycle would repeat itself until the female’s death.

All in all, mosquitoes can be an utter nuisance, but these stages of life cycles just show how stunning nature can be. From a mere larva that can seldom defend itself to a full grown blood-sucking machine capable of spreading several diseases around the world, the mosquito is a simple yet a deadly creature for us humans. 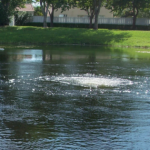 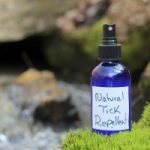 How To Get Rid Of Ticks In Your Yard