Dealing with mosquitoes in ponds can be a tricky task. It’s not always as simple as throwing down some mosquito-repelling plants or using a spray for your yard. Let’s discuss some methods for mosquito control in both natural and man made ponds so that you can take back your outdoor space! Eliminate Mosquitoes During the Larvae Stage

The single most important part of controlling mosquitoes in your pond is to target them during the larvae stage. While adult mosquitoes may be annoying, they are also much harder to control since they can fly, find new areas of water, and lay eggs. Preventing mosquitoes from becoming adults can manage their population in the long term.

To do this, you can use a combination of natural and chemical controls. Natural methods include introducing predatory fish to the pond, such as mosquito fish or gambusia. You can also introduce dragonfly nymphs and aquatic beetles. There are plants that act as natural mosquito repellents, too, like citronella grass or lemongrass. These can be planted around the edges of the pond.

Chemical methods include using larvicides that can be applied directly to the water. These chemicals will settle in the water and kill the larvae before they can hatch. Although most solutions are considered safe for humans and animals, you should always follow the instructions on the label.

Mosquito dunks and bits are small disks or tablets that contain bacterial larvae-killers. The disks are placed directly into the water, where they will slowly release the bacteria in a controlled manner. The bacteria will then feed on the larvae and prevent them from hatching into adults. These are a great option for natural ponds, as they are safe to use around wildlife. However, they also work perfectly for ponds in your backyard.

Mosquito bits and dunks can be found in most garden stores and online. They’re easy to use and are considered safe for humans, animals, and the environment. They can last up to 30 days, depending on the size of the pond. Dunks and bits are fantastic options to keep mosquitoes under control without introducing chemicals into the water.

If possible, try to keep the water in your pond moving. Mosquitoes are attracted to still water, which makes it easier for them to lay eggs and breed. If you have a fountain or pump, use it to keep the water moving and break up any areas of stagnant water. This will make it much harder or even impossible for mosquitoes to lay eggs and give predators like fish more chances to eat them.

You can also use a small net or rake to scoop up any debris on the surface of the pond. This will prevent mosquitoes from laying their eggs in the debris. If you’re unable to keep the water moving in the pond, covering it up at night can also be an effective way to prevent mosquitoes from laying eggs. If covering isn’t an option, ensuring the pond is cleaned regularly will drastically help in keeping the mosquito population down.

Aeration is another effective way to control mosquitoes in ponds. Aeration pumps oxygen into the water, which helps to keep the water clean and healthy. It breaks up any areas of stagnant water that mosquitoes are attracted to. The water will remain in constant motion, making it much harder for them to lay eggs. These pumps can be found in most garden stores, and they’re also pretty inexpensive.

The problem with aeration is that there may be some areas that are still calm enough for mosquitoes to lay eggs. If you have an aeration pump and are still seeing mosquitoes, then it may be time to include other methods of control.

Introducing fish to the pond is another good way to control mosquitoes and it works exceptionally well with aeration. Fish will feed on mosquito larvae, helping to keep the population down. Many species of fish are hardy and can survive in a variety of conditions, making them a great choice for ponds. However, you should avoid introducing any species that are known to be invasive as they can disrupt the existing ecosystem.

Mosquito fish and gambusia, also known as guppies, are two of the most popular options for controlling mosquitoes. Mosquito fish are small, hardy, and easy to care for. They feed on all stages of mosquito larvae, as well as algae and other small organisms. One mosquito fish is able to eat up to 100 larvae in a single day, making them ideal for large bodies of water. Gambusia are also small, but they tend to be more aggressive than mosquito fish. They will feed on mosquito larvae and other small organisms, but they may also feed on the eggs of other fish species.

Using aeration with fish works well because fish need oxygen to survive. The aeration pumps will help keep the water oxygenated and in constant motion, allowing fish to swim around and feed on mosquito larvae. By using both aeration and fish, you should be able to effectively control mosquitoes in your pond.

Another way to control mosquito populations is by planting certain aquatic plants. Plants like water lilies, water lettuce, and mosquito fern can help to provide shelter for fish and other predators that feed on mosquitoes. These plants also shade the water, helping to keep it from getting too hot which can cause a mosquito population spike.

Plants can also help to filter out excess nutrients that mosquitoes thrive on. By reducing the nutrient load of your pond, you’ll be able to keep mosquito populations under control. Additionally, aquatic plants absorb carbon dioxide and release oxygen which can help to further reduce the population of mosquitoes. 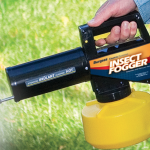 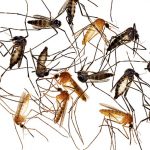