Controlling Mosquitoes in Dogs and Pets

We all know mosquitoes are a nuisance to humans, but they can also be dangerous for your dog or other pets.  Certain types of mosquitoes are attracted to dogs and will bite them.  When they do, there is a chance they can infect your dog with known diseases, perhaps most commonly heartworm.  Given that dogs like to be outside, and when they are outside they enjoy the same habitat as mosquitoes (water, long grass, etc.) the risk is real.

Female mosquitoes need blood to help grow their eggs, and dogs are a likely target given the amount of time they tend to spend outdoors and their inability to swat mosquitoes easily away.  Knowing how to keep your dog mosquito-free is an important step in preventing some common diseases such as heartworm and even West Nile Virus.  When it comes to dogs, heartworm is enemy #1 and should be taken very seriously.

The Best Ways to Prevent Mosquito and Bug Bites on Dogs

Keeping your dogs and pets mosquito-free should be a priority regardless of where you live.  While we typically associate mosquitoes with the Florida lowlands, or humid corn belt, or the Northwoods, the fact is that mosquitoes are present in almost every part of the country.  They do especially well in places like the Mid-Atlantic and Northeast, as well as placed you would not suspect like Colorado and Southern California.

It is impossible to know which mosquito carries a disease like Heartworm, West Nile, or Zika, and which do not.  The only way to prevent those diseases, then, is to prevent any mosquito bites from happening.

Aside from health, mosquito and bug bites are downright annoying for your dog, so that should be reason enough to take precautions and reduce the chances of your pet being affected.

6 Steps for Keeping Mosquitoes Away from Your Dog or Cat

To keep the dreaded mosquito away from your dog, there are a few steps you can take.  Note that by keeping mosquitoes off your dog and pet, you will likely keep other bugs and insects away from them as well.

The best thing you can do is to make your yard or park unappealing for mosquitoes.  If you can only do one thing, eliminate all standing water from your yard, because that is where mosquitoes breed.  For more detail, we did an entire piece on how to eliminate mosquitoes from your yard.  Take a look at it and then begin taking action.  Note that if your dog spends lots of time in a small outdoor space, such as a fenced in backyard or a kennel, using a high-end mosquito magnet or zapper could be very effective.

2.  Use a Dog Mosquito and Insect Repellent Mosquitoes and dogs are a bad combo, but nearly impossible to keep away from each other.

Buying and using an insect repellent is an important step, especially if you are in the mosquito zone.  We know that people like the notion of being very green, and not spraying anything on their pets.  Perhaps they prefer to try ultrasonic devices or natural plants in the landscape.  Let us be direct: These might marginally reduce the number of mosquitoes around, but will hardly guarantee your dog will not be bitten.  Be sure you buy products that are specifically formulated for dogs.  The mosquito spray that humans use – usually with the active ingredient of Deet, is not safe for dogs.  Instead, use a dog-friendly spray.  The good news is that the same chemicals that keep mosquitoes away from your dogs are the same ones that will help with both fleas and ticks.  Our favorite repellents are:

For dogs who sleep in a well-sealed home, keeping mosquitoes away from them requires the same steps as for humans.  For dogs that might sleep in a garage, doghouse, kennel, or outdoors, take a few steps to keep the bugs away.  You may want to have a door or screens that don’t allow mosquitoes through, or treat the area with a dog-safe chemical every few days.  This, combined with shampooing your dog with mosquito-repelling chemicals, will reduce the chances of a bite.  Since most mosquitoes are active at night, this is quite important.

OK, so this doesn’t fall into the category of preventing mosquito bites, but if you are in the mosquito zone we definitely recommend giving your dog a tablet against heartworm.  The most common ones are taken every 4, 6, or 8 weeks, and some of the more popular names are Heartgard and Iverhart Max.  Safeguard also makes a multi-worm treatment that is affordable (here) and gets good reviews.  You may want to consult with your vet on which is the best for your dog’s breed and size.  The good news is that the right tablet can control against other worms as well.  Note that some vets will do an every-6-month injection against heartworm, if that is something you think you would prefer.  While you are at it, consider taking steps to keep your pets tick-free as well, as controlling the trifecta of mosquitoes, fleas, and ticks should really be thought of as one major effort.

Err on keeping your dog indoors during the peak days

Dogs like to be outside, and we encourage you to let your dogs be outside.  When mosquitoes are at their peak, however, it is just really hard to avoid a dog bite.  Peak season in the Northern USA is typically June and July, and a hot humid day is bound to have mosquitoes. We are not suggesting you keep your pup inside for two months, but when mosquitoes seem to be at their worst, consider giving them more inside time.

Just like for humans, mosquitoes tend to be most active on dogs at dusk.  From about an hour prior to sunset until about an hour after, mosquitoes are extremely active. This is because mosquitoes typically rest during the height of the day in order to avoid dehydration.  When the the sun begins to set, hungry mosquitoes can safely explore again and often do so with a vengeance.  This is a good time to keep both you and your dog inside.

What Types of Mosquito-Borne Diseases can Dogs and Cats Get? While humans are definitely concerned about the mosquito-borne illnesses around the world, it is not just humans that are affected.  Birds and mammals are at significant risk for mosquito-transmitted diseases too.  Certain types of mosquitoes (there are over 175 mosquito species in the US and 3,000 in the world) are very attracted to dogs, and will bite them.  These bites can carry a number of diseases, and here are the few that those of you in North America should be attuned to.

Can Dogs Get the Zika Virus?

It seems as if the risk for dogs getting Zika is low, or if they do get it, they don’t tend to get sick from it.  Since Zika has been a known virus for about 70 years in other parts of the world, studies have been done with the virus in a number of animals.  There is some limited evidence that mammals other than humans can get the virus – but it tends to be a low risk and the studies suggest that animals don’t tend to get very sick from Zika.

We should stress that more research is needed pertaining to the effect of Zika on pets, including dogs.  While the evidence suggests that dogs have not been getting it, we have a lot more to learn.  For now, focus your efforts on preventing other diseases, like heartworm.

Can Dogs Transmit the Zika virus to Humans, and Vice-Versa?

It does not appear that there are any known cases of Zika being transmitted between dogs and humans.  In fact, the only animal that appears to be prone to Zika is the monkey, based on what we know today.  Monkeys were first discovered to carry the virus way back in the 1940s.  While domesticated monkeys are rare, they are a much more likely candidate to get Zika than dogs.

Can Cats Get the Same Viruses as Dogs? Mosquitoes are more than annoying for dogs… they can cause serious illness.

Cats largely are impacted by mosquitoes in the same way as dogs.

Cats fall into the same category as dogs regarding Zika.  While there is no proof (yet) that they cannot get the diseases, there is also no evidence that they ever have gotten Zika.  Like dogs, cats may be immune to Zika, or it just may be that if they get it, they don’t show the symptoms like a human might.

Cats can get heartworm just like dogs, so it is good to treat them in the same preventative way.

As for West Nile Virus, cats can get it via a mosquito bite.  There is no firm evidence that cats can get WNV by eating an infected animal, such as a bird.

Here are a few takeaways for you as you think about how to manage your dogs and pets in mosquito-heavy regions. 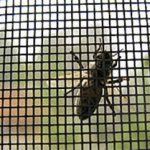 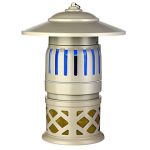