Permethrin vs Deet vs Picaridin

Exploring nature and spending time outdoors with your dear ones are, undoubtedly, awe-inspiring experiences. Nevertheless, being bitten by annoying vector carriers such as ticks and mosquitoes is definitely not something you want to go through. And this is mainly because there are numerous dangerous diseases transmitted by several pests. The best solution for keeping these insects away is using an effective insect repellent.

Deciding which repellent does the greatest job at keeping insects away as well as minimizing your exposure to chemicals can be not only confusing but also pretty challenging. After all, you want you and your family to use the repellant that really delivers what it promises.

We are going to break down the three main time-tested options you have on the market today: permethrin, DEET, and picaridin. We’ll talk about each and every one of these substances, analyzing their safety, effectiveness, availability, and cost. In order to clarify certain aspects about these repellants, we’ll use scientific research to back up our words.

Permethrin is the synthetic form of pyrethrum, a natural insecticide produced by chrysanthemums. It might be best known as a very effective tick repellent. Inspired by the chrysanthemum

In addition to the proven effectiveness on ticks, Permethrin has also successfully been used as an insect repellent against mosquitoes, black flies, and other annoying insects. Compared to the other two substances, permethrin is the best choice for keeping ticks far away from you and your dear ones. Keep in mind that permethrin is only used on clothing, never applied directly on the skin.

You don’t use permethrin on your skin. Permethrin breaks down when in contact with human skin, so it is no longer effective after several minutes on skin.

Permethrin should also not routinely be applied broadly on lawn or vegetation due to its harmful effect on pollinators. While it could be quite effective at eliminating mosquitoes from your yard, it is harmful to pollinators. That is why the best way to use permethrin is to use it sparingly, applied directly to your clothing or footwear.  We see some people use permethrin in their mosquito foggers, but we hope they are being very targeted on where they are spraying it.

The short answer is yes. Research showed that permethrin-treated clothing is safe to wear. Thus, people who opt for permethrin-impregnated clothes are unlikely to experience adverse health effects. Plus, permethrin readily bonds to fabrics and soil, where it’s biodegradable in 1 to 16 weeks.

Permethrin should not go directly on skin — it is intended for clothing and footwear.

Permethrin is very effective as an insect repellent, especially when it’s used as a part of an insect bite prevention program. Studies conducted by the military show that treating uniforms with this substance gave significant protection against bites. Hence, it successfully prevents insect-borne diseases. Permethrin acts just like the natural

extract from chrysanthemums, killing insects that come into contact with it. However, skin-applied repellents are still required for complete protection.

You can buy permethrin online, as well as from physical stores. Moreover, clothing pretreated with this substance can be found on the internet and in camping and sporting shops or departments. Regarding the cost, luckily, both permethrin and permethrin-treated clothes are pocketbook-friendly.  The most common commercial product involving permethrin is the distinctive yellow Sawyer product.

DEET was developed in the 1940s by the United States Army and is currently considered the most effective insect repellent on the market. It’s the most widely used substance of its kind in the world, as it’s been studied more than any other repellent. Note that it requires very careful handling, as it can damage plastics and synthetics such as trekking pole grips, sunglasses, and so on. When it comes to mosquito repellents, DEET is always at the top of the list.

Despite the varying opinions regarding DEET’s safety, there’s no proof that, if used as instructed, the substance can be harmful. Actually, according to EPA, using DEET following the application guidelines, doesn’t present a health concern to the general population, including kids.

For those concerned that DEET can damage plastic gear components, it’s recommended to wash hands after use and be very careful when coming into contact with plastic items.

There are numerous studies showing that DEET is highly effective in preventing insect bites. The substance is one of the most successful ones in keeping annoying mosquitoes and other insects far away. You’ll find a plethora of products with DEET concentrations that range from 10% (offering about two hours of protection) to 100% (offering about 10 hours of protection). In fact, the maximum protection can be achieved by formulations of 30% DEET; higher concentration levels only last longer. There are also controlled-release formulas with a DEET concentration of 20 to 30 percent – these offer up to 12 hours of protection and minimize the substance’s effect on plastic and synthetic objects.

Products containing DEET are widely available in online and offline stores at really affordable prices. Furthermore, you can choose from DEET-based sprays, creams, balms, lotions, etc.  Off and Repel are two very common commercial products that rely on DEET as a primary ingredient.

Picaridin is the chemical form of a repellent found in pepper plants. The substance is used for optimal protection against a wide range of insects, has almost no odor and, unlike DEET, doesn’t damage plastics and synthetics. In addition, picaridin do esn’t feel oily on the skin.

Studies show that picaridin, as long as it’s used as indicated by specialists, is very safe. Therefore, as long as it’s applied according to the guidelines on the product’s packaging, products containing picaridin aren’t harmful to human health.

Picaridin’s extremely effective, being similar to DEET for mosquitoes and ticks. Interestingly, picaridin seems to be more effective on flies than DEET.

Products containing picaridin are available both in online and physical stores and have affordable prices. This means that finding an effective, picaridin-based product that will help you avoid insect bites will be really easy.  Products made by Off, along with a Sawyer product, are the most common picaridin products we see on shelves today.

Are DEET, Permethrin, or Picaridin safe for bees?

Permethrin is very harmful to bees.  If applying broadly, be careful around plants or any habitat that might be pollinator-friendly.

Picaridin is considered to be less-toxic than Permethrin, and probably a better choice if you need to apply more broadly than just a spot here and there, or your personal clothing.

DEET is not an insecticide but more of a repellent, intended to confuse mosquitoes’ senses.  Because of this, it is thought to be less harmful for pollinators too.

However, while things in moderation are often OK, anything used excessively can have unintended consquences.

Ultimately, you need to keep in mind that all three substances are shown by government testing to be safe, effective, affordable and widely-available insect repellents. While DEET and picaridin can be applied directly on the skin, permethrin is only used on clothing. And, in order to enjoy complete protection, both your skin and your clothes have to be well-guarded. 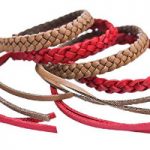 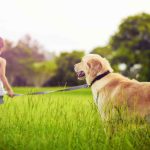 Controlling Mosquitoes in Dogs and Pets